After having several discussions with my husband, I decided to end my marriage. He was not happy about it. I didn’t want to be one of those people who remained married for the sake of the children. Even before the affair, I was just not happy. I was not going to fake happiness for my children. We remained separated in the home for about two months. After the first month, I found out that my husband had begun dating another woman. He was planning his wedding while we were working on getting divorced. He eventually moved out of our home and got his own apartment. He married this new woman four months after our divorce was finalized.

My children and I remained in the home for a few months and I ended up moving out and got my own apartment.

I was supposed to live the rest of my life with my lover, Lance, right? Well, I waited on him for one year. Yes, I put my life on hold for him while he told me lies and sold dreams to me. I didn’t date anyone else. I didn’t go out. If I did attempt to go out with anyone, he made me feel as though I was cheating on him. I rarely hung out with my friends. He made me feel bad about that too. He wanted me home so that if he was able to sneak out of the house to see me, then I’d be at home. There were a few times when we would agree to go out-of-town, but he’d tell me he would meet me there. Of course he never showed up. He wasn’t as available as he used to be. He found reasons to get upset with me so he wouldn’t have to deal with me and with his wife at the same time. I finally had enough of the lies and I ended the affair. I knew that I deserved so much more in my life. It was one of the hardest things I had to do! I had to block him from calling me. He’d still find a way to reach me; mainly via email. He’d tell me things like how much he loves me and how he can’t get over me. I would tell him each time that I held up my end of the agreement, but he didn’t on his end. He couldn’t believe how cold I was to him. I allowed six months to go by before I would even hold a conversation with him. That’s how I knew I was over him. I didn’t do everything right, but things begin to change drastically once I ended the affair with him.

I got married for the wrong reasons. I made mistakes and some really bad decisions that affected so many lives. Marriage should not be taken lightly. It’s a covenant between you, your spouse and God. I prayed and prayed for forgiveness for all of the sins I committed. I made drastic changes that positively affected my life. I’m happier now than I’ve ever been in my life. The one piece of advice I would give anyone that has the goal to be married is preparation. Preparation as a single person and preparation when you are in a relationship that is leading to marriage. Learn from other happily married Christian couples. 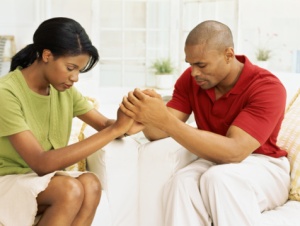 Get resources that will help you prepare. I’ve learned so much and I’m looking forward to being married again. Marriage should be forever!

The life of Nise Daniels: My life. My mistakes. Your lesson.

What did you think of this 6 week series?

Comment below! Nise Daniels is open to answering any questions as well! 😉