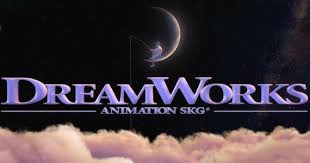 (which according to Essence.com has inked a deal with Netflix for a series!).

There is also talk of a tablet being made just for kids soon! Love it!

According to Forbes.com, Hobson has the following experience under her belt that has led her where she is today!

“Mellody Hobson has served has served on our Board since June 2011. Ms. Hobson has served as the president and a director of Ariel Investments, LLC, a Chicago-based investment management firm, since 2000, as the chairman since 2006, and as a trustee of the mutual funds it manages since 1993. She previously served as senior vice president and director of marketing at Ariel Capital Management, Inc. from 1994 to 2000, and as vice president of marketing at Ariel Capital Management, Inc. from 1991 to 1994. Ms. Hobson has served as a director of Starbucks, Inc. since February 2005, DreamWorks Animation SKG, Inc. since 2004 (chairman since 2012) and The Estee Lauder Companies, Inc. since 2004. Ms. Hobson works with a variety of civic and professional institutions, including serving as a director of the Field Museum, the Chicago Public Education Fund and the Sundance Institute. Additionally, she is on the board of governors of the Investment Company Institute.”

In the lingo of Actress/Reality TV StarNene Leakes (Real Housewives of Atlanta), Ms. Hobson is getting and secured her coins! Hobson is not only intelligent and successful but she is beautiful as well! I can’t wait to see what more she surprises us with!

Happy Women’s History Month! Thank you for being a woman of power and intelligence and change! Paving the way for young entrepreneurs like myself!