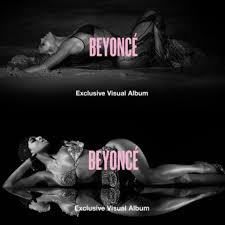 Beyonce really gave me life with this album and I noticed her sound seemed a little different. We should probably give credit not only to her but to Pharrell Williams, Timbaland, Justin Timberlake and Hit – Boy for this. Also Drake’s house producer Noah ’40’ Shebib teamed up with her to produce the track ‘Mine’.

I am even proud to have noticed someone from my hometown cast in her Pretty Hurts video,

Gabrielle Kniery. She may be a familiar face to many people around the country, especially aspiring models. Kniery was one of the beauties on America’s Next Top Model, cycle 14.

Kniery’s Facebook post December 13th:
“Starring in Beyonce’s new music video “Pretty Hurts” buy her album u can see the video! It seriously blows my mind. That I can say I came to nyc 3 years ago with less than a dollar and a dream. Struggled/sacrificed/and prayed on it. There was never a plan B for me. 3 years of bending backwards when ppl told me to go back to school, find a second plan. No I wanted to be great. Because I was raised with the heart to be great. I wish everyone would realize no dream is impossible but what are you willing to let go and go beyond your comfort zone? Not everyone becomes a sensation over night. Some strive for it for years. But hard work beats talent”

Who knew that the girl I used to get Starbucks coffee from after work would be serving the country during a monumental time in Beyonce’s career? If that isn’t inspiration I don’t know what is!

Also, I thought it was funny to see The Breakfast Club’s, Charlamagne Tha God, tweet after Beyonce’s visual album release.

He stated. “So Beyonce invented the music video?”

Sensing his sarcasm, as a fan of Bey I just laughed it off but to address his tweet, No Beyonce did not invent the music video. But she did release an incredible album with 14 songs accompanied with 17 music videos.
According to Billboard.com ‘Beyonce’s surprise album sold over 550,000 in the United States alone by December 14th, 2013. 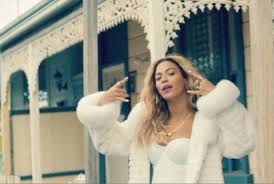 But let me allow you to understand why she decided to switch the game up with the visual album.

According to EOnline, Beyonce states, “I see music as more than just what I hear. When I’m connected to something, I immediately see a visual or a series of images that are tied to a feeling or an emotion, a memory from my childhood, thoughts about my life, my dreams or my fantasies and they’re all connected to the music. And I think that’s one of the reasons why I wanted to do a visual album.”

Now while I will allow Bey’s hustle to marinate in your mind, I want to leave you with some of my ‘Beyspiration’.

1. Beyonce is at the level in her career where she obviously doesn’t need to promote for months and flood our media to get attention and support. She dropped that album with one click and the social media world went crazy. Now let’s tie that within our lives, if you are an aspiring entertainer or even entrepreneur, you don’t always need to flood social media to get attention. It’s one thing to promote and another to annoy. It is very possible to post something SO captivating that it will motivate your followers to share with others so you won’t have to be a one person team.

Beyonce clearly had some heavy hitters on her team that are very supportive but also trust worthy. Nothing leaked at all whatsoever before ‘Beyonce’ was released. We have to learn as individuals that we cannot do everything by ourselves. Yes you may be sensitive about your craft, but in order for things to flow, a team is necessary to expand your brand and market.

Personally, ladies this Beyspiration also should show you that you don’t need to flaunt everything in order to get attention. Okay yes we know Beyonce has a great body, but in retrospect, Beyonce is respected as a woman. She was pretty covered in most of her videos. And back to her release, she didn’t promote anything and got rave reviews! Women we don’t have to show eveything to get attention. Women we don’t need to tell everyone how good of a woman we could be. Show it! be patient and release those attributes when necessary.

Ladies, do the unexpected. Just like several women rant there are no good men out here, men say the same about us women. How about trying not to be like every other woman. Stand out. Positively. Keep him guessing. Don’t show all of your good qualities instantly. Show enough to where you both trust each other and he knows you’re worth it. But men like spontaneity. Some more than others. So if he likes outdoor activities and he wouldn’t expect you to, surprise him with a zip lining trip. If he likes sports and he doesn’t know you do, show up to his house in his favorite players jersey. Hey I am just throwing out options. But ultimately Beyonce knows how to hustle, inspire, be gracious and she keeps us on our toes. So why not factor those qualities in your life when you are with your friends, heading to the workplace,and following your dreams?

Thank you Beyonce for the Beyspiration!

How did Yonce’ give you life?

3 thoughts on “Beyonce Inspires |Her Reflection On the Visual Album”