There were many Gabrielle Union fans that tuned into the premiere of her series “Being MaryJane” last night via BET. 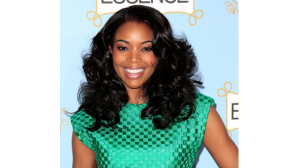 Mary Jane is a successful African American woman with a career as a news anchor.Although she’s highly successful, Mary Jane exudes the regular everyday woman. She is a single woman who reminds herself she doesn’t want children quite yet. She has the money, clothes and cars but no man. Mary Jane is the most successful of her immediate family who comes from a middle class background. Since the success of Mary Jane’s career, her family feels the need to allow her to work herself crazy and they’ll take care of home. I believe this happens in the every world. 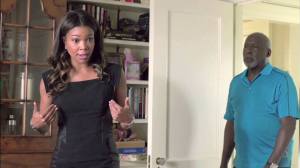 Mary Jane has inspirational posted notes around her home to keep her lifted. We all should try this. If not posted notes, try taking your favorite inspiration from a magazine and place it where you’d see it most. 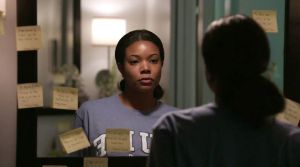 Mary Jane is definitely here to stay. She is here to empower women. She is here to tell women, Be Smart, take a stand. She’s just like us. She forgets to zip get dress up, taking her bra off once she enters her home is her stress reliever, she “poops” and texts (don’t say you don’t), she responds to the “Never Answer” contact in her phone, and she has that one gay male friend that can be her male confidant and “sister” all in one. 42% Black women never marry. Mary Jane is showing us the life of 1% of that 42%.

It saddened me to see that statistic as the series opened to premiere. But then the proof was in the pudding. Her late night creep was a married man. Most of her immediate family has children but they’re not married. The one male she loves to confide in is gay. Besides being in the prison system, Mary Jane shows us where the black men are. There’s a lot of black men available but we have to go through the jungle to find them. And we have to go ready with a clear head. Mary Jane clears her head by “getting her issue off” before a date. She has an intimate moment with her sexual toy. I didn’t understand at first but she she stated it would clear her mind it made sense. Sometimes us women know men only want us for sexual desires, and we agree because we are lustful and vulnerable. I actually see what MaryJane did, as a woman empowering move. Once she was finished she got that lustful thought out of mind and realized she didn’t need that midnight date in the first place.

Mary Jane is bringing empowerment to BET. Black women will get a lot out of this series created by Mara Brock Akil. Along with Mara Brock Akil, her co executive producer is Salim Akil.

Akil aired this 90 Minute film Tuesday July, 2, 2013. It will set the stage for an 8 episode series in January. Can you wait?

“I wanted to show those raw, real sides, the secrets that we keep to ourselves, so that maybe we can see ourselves and say its OK,” Mara Brock Akil tells USA Today.

Look at how you live day to day. Are you being Mary Jane?

2 thoughts on “Being MaryJane: The Everyday Woman”